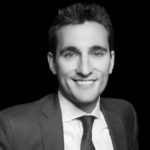 2022 finished much slower than it started with Q4 bringing a lot of uncertainty and trepidation to the market. Brokers woke up every Monday morning not knowing which deals would sign and close and which deals would fall apart.  Calling a buyer on a Monday was like calling the doctor for your test results – you knew you had to do it, but you were nervous with what they might say. But alas, 2022 is in our rearview mirror it’s time to look at 2023 and make some predictions with where our business is headed. We are facing challenges like increased compliance, fears of a recession, and rising rates. There are some unknowns such as a potential vacancy reset, a new law allowing for Section 8 rents to exceed legal rents, and what will happen to rents during peak rental season this summer.

In 2007 the DJIA hit a peak of 14,165 and got cut in half to 6,926 in 2009 during the worst economic crisis our country faced in nearly 100 years. We are well more than 30,000 today and although many economists predict a recession is coming, no one is betting the DJIA will get cut in half again. Why does this matter? Well – there is a ton of liquidity in the market therefore buoying assets from falling too low. This is especially true for New York City multifamily properties. Just when you think pricing will continue to plummet, someone will be there to catch the falling knife before you because for whatever reason they believe it was cheap enough. This rings true even further for well located buildings with a free market component. The buyers of these properties are mostly syndicators using the best money available – other people’s money (OPM). They are fee based and they are brokers just like me. Their job is to raise money to transact and their ability to paint a picture of adding value allows them to close, build a business and earn a living. There are more of these people in the market than ever before and therefore the best addresses with some free-market component will continue to do exceedingly well.

Their bet, along with mine, is that young wealthy renters benefiting from wage growth continue to fight over a limited supply of housing despite “doom loop” premonitions in costal liberal cities like New York.

The Next Generation Buyers

The buyers that are often winning the bid are newer players in the market – the next generation.  Many of last-cycle’s buyers have moved to other markets – they know too much, and they’re likely scarred with tenant and compliance issues to win a bid in 2023. 50% of the buyers that toured this East Village portfolio have never transacted in NY before. The exact opposite is true when discussing a rent stabilized building. The OPM buyers have shied away from mostly rent stabilized buildings and the only people willing to buy them are local families spending their own money. This in my opinion is the greatest opportunity in the market today.  Let’s look at what’s happening with this aspect of the market.

Values are down, expenses are rising faster than income and cheap debt is coming due. Owners who cannot afford or are unwilling to pay down debt will be forced to sell or give back the keys. There exists a potential opportunity for borrowers who don’t want to give up but don’t have the cash necessary to survive. Enter preferred equity. The “pref” pays down the existing loan in exchange for an above market return. The problem with this is that the borrower was barely servicing their 4% debt how can they also pay pref at 10%? They don’t – they let it accrue like default interest and pay the piper when they sell the building on a better day. In my estimation the only way this scenario plays out is if the borrower thinks rates will drop back to 3% or HSTPA will get reversed. Some of these deals will get done but these are tremendously risky bets for borrowers to make because they are leveraging their already thin equity slice often with a personal guarantee.

Pricing Down, But There is Chance…

Exhausted managers and expiring debt will bring product to market. Banks will start to sell notes increasing supply further creating a glut of opportunity in 2023. All other things being equal, high supply, low demand and high barrier to entry will push pricing down further this year.  This will allow buyers to be picky, choosing the right buildings at the right price. Aside from reversing HSTPA, the three paths to pricing recovery for rent stabilized buildings in 2023 are: passing a vacancy reset,  the utilization of Senate Bill S7235, and interest rates declining. If even one of these three happen, velocity will skyrocket because pricing will increase this year!

In our opinion the best opportunities exist in secondary and tertiary markets where institutional equity is all but nonexistent – especially on a smaller scale.  More specifically, buildings that have been worked, renovated and some of the units turned to market rate; even better if they have retail. These buildings lack an identity and therefore a buyer pool.  These buildings have too much cash flow to sell for a low price per unit (say <$125,000/unit) and therefore too high of a basis (say >$170,000/unit) for a local family to rationalize buying. So, who is the buyer?  There are days that go by where these deals appear unsellable. Herein lies the issue and therefore the opportunity.  We are underwriting deals at 6.5+% cap rates and still unsure who will buy it.

Now let’s breakdown a deal that would not get as much interest, but we think is a good opportunity. This deal would be a different 50-unit elevator building that includes three retail spaces renting for $4k/month and seven of the 50 units rent for $2,200/month – a $952,000 rent roll. That building would likely sell for roughly $7.25 million – a 7.0% cap rate, $145,000/unit and 7.6X GRM.  Buyers pay attention: The purchase price is only 15% higher than the former building despite having a rent roll that is 22% higher and benefits from upside in the market and retail rents.  Believe it or not, it would be much harder to sell this building even though it is objectively a far better deal. Look out for these types of deals – they get the least amount of interest and therefore are the best opportunities in the market.

The best opportunities in the market today exist by purchasing one off deals by small – mid sized operators. Individual rent stabilized buildings between $3-$10 million are the most challenging and time consuming to operate and therefore get the least amount of attention.  The inverted yield curve provides a unique opportunity in that seven- or 10-year debt can often be cheaper than the five-year equivalent.  This allows a buyer to place a long-term bet on their purchase while giving them cushion to escape short term compliance and political risk.   Putting together a rent stabilized portfolio, deal by deal in secondary and tertiary markets is the greatest opportunity this year.

2023 has the potential to be the greatest opportunity we’ve seen in a generation. The buyers willing to make a long-term bet on New York will ultimately do the best. Liquidity, patience and fortitude will prevail and those willing to adapt to the new market will come out on top.